We reached home on time!! 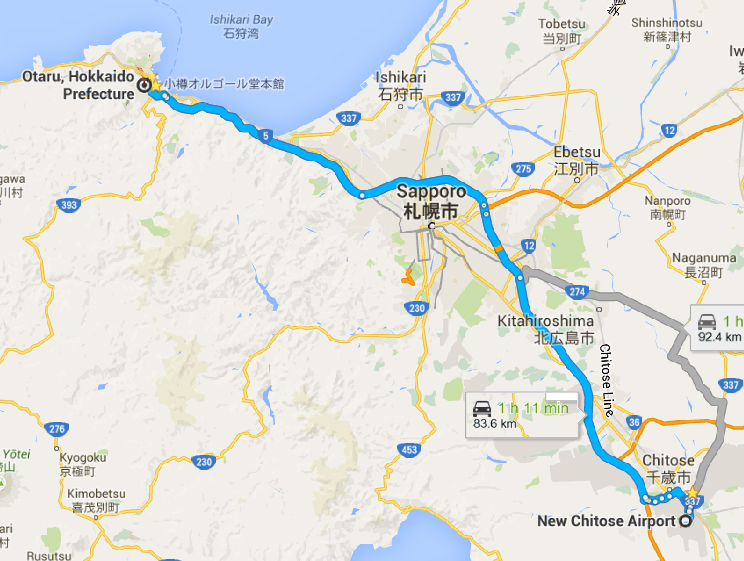 From our Otaru hotel to the Nissan Rental Car Outlet near New Chitose Airport was 84km. For once I did not need to enter a mapcode in the car GPS system to get to our destination. I just selected the “Home” option and the system would set me on the right track.

We left our hotel at about 8.30am which was 5 hours ahead of our flight. Thinking that we had plenty of time to spare we chose the economical road which had a lesser toll charges than the express road. The estimated duration as calculated by the GPS system was 100 minutes but from our last few days experience we would usually did not need as much time. So we expected to reach “Home” in about 80 to 85 minutes.

Unexpectedly journey duration took 110 minutes, very much above our expectation. The economical route took us into Sapporo which was full of traffic lights and low speed limits. Well, we got to see Sapporo which was not in our trip itinerary. As expected Sapporo was just a typical city, plentiful of highrises, offices, shopping centres, appartments etc. Not much to be missed for people like us that came from another city.

Returning the car was much faster than picking it up. Once we drove in to the outlet we were immediately directed to park the car at the checking bay where a few Nissan staff were all ready to inspect the car and verified its return condition. Yat Thong is a very cautious driver and knowing that Nissan is very particular about damages to their car he was especially careful during our trip. Our car passed the inspection without any issue. In just a few minutes we were at the payment counter where the staff did an online check on the toll charges we had incurred using its ETS card. We paid the ETS toll charges in cash, about  ¥5530 for this trip. Once done we took its free shuttle service to New Chitose Airport.

We reached New Chitose Airport at about 11 am and found that Vanilla Airlines checkin counter was still not in operation for our flight, so we set off to the airport “Shopping World” which was on the Level 2, to kill time There we bought two lunch boxes (rice with pork) and ate our first meal of the day. Once our stomachs were filled I went around the stores doing all last minutes shopping. The stores that were in the “Shopping World” sold mainly Hokkaido food product like chocolates, biscuits, sweets, buns, pastries etc.

We were supposed to board the plane at 12.50pm and fly off at 1.20pm but by 1.00pm we were still sitting at the waiting area. Our plane was late coming in from Narita so our flight out of Hokkaido was delayed. I was getting very worry as I might end up missing my next flight which was from Narita to Singapore.

I had booked two flights (New Chitose to Narita, Narita to Singapore) back to back with a 2 hours 50 minutes interval. Hokkaido to Narita was a domestic flight which also meant easy exit upon landing as there would be no immigration check. This would should leave us enough time to move on to the departure hall of Narita Airport for our next flight.

Mentally I started calculating how much delay I could afford and realised that at maximum I could only afford a 90 minutes delay. There was already a 30 minutes delay and we were still waiting to board the plane, I quickly pulled out my insurance statements to check what sort of damage would I be covered and realised that I would only be compensated up to $200 sgd for missed flight due to a earlier flight delay. That money was hardly enough to cover a new one way ticket home, especially one that would need to be bought urgently.

Lesson learnt, if I have to fly two legs using two separate airlines I should give ample waiting time in between. This is especially so when budget airlines are concerned.

The 5 hours flight was long and tedious. The flight entertainment choices were exactly the same as when I flew on Delta Airlines two weeks earlier on my way to Japan. Since I had already seen those movies/dramas that interest me in the previous flight I was left with nothing else to entertain myself on my return flight. It was a horrible boring journey home! 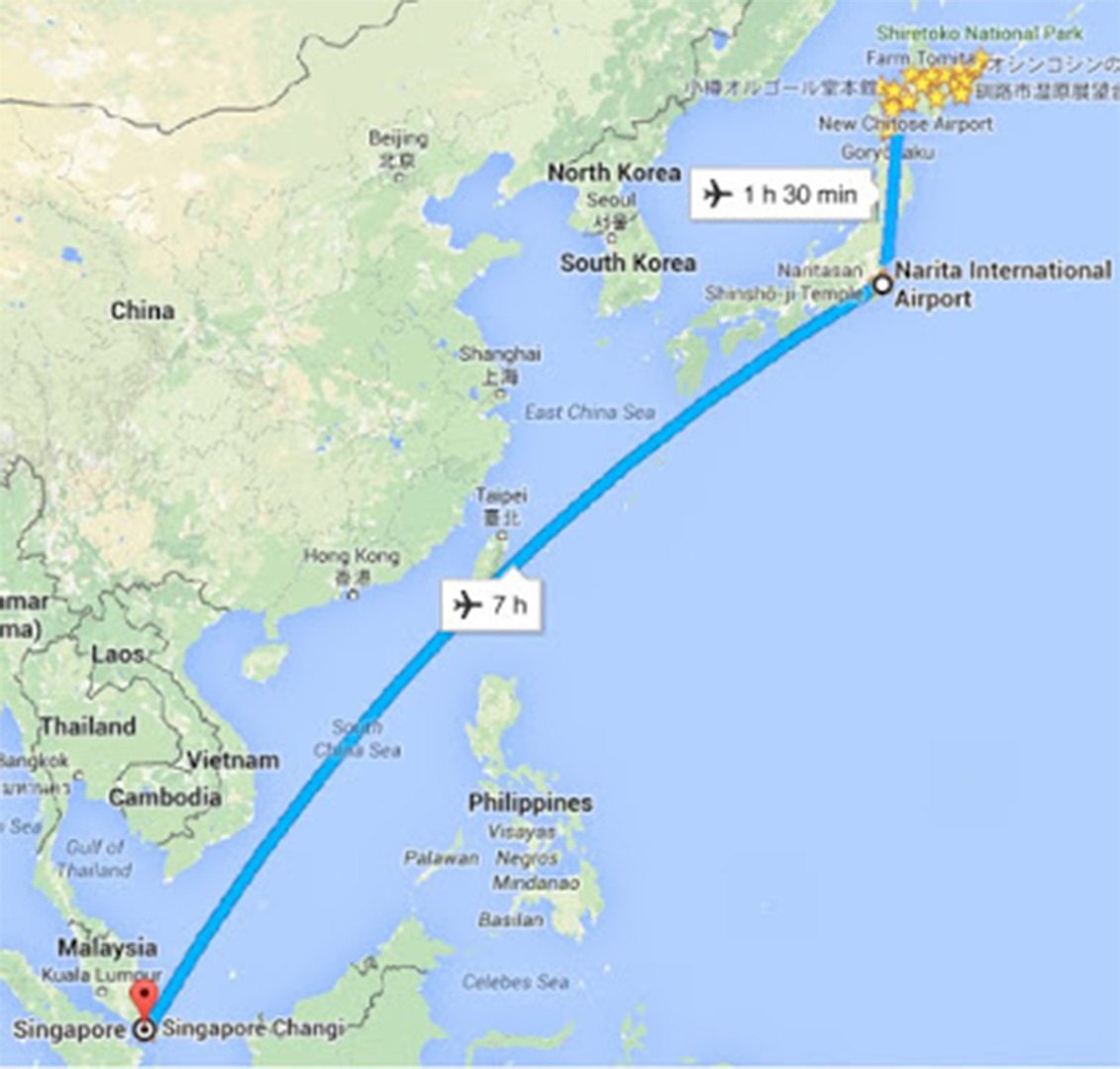