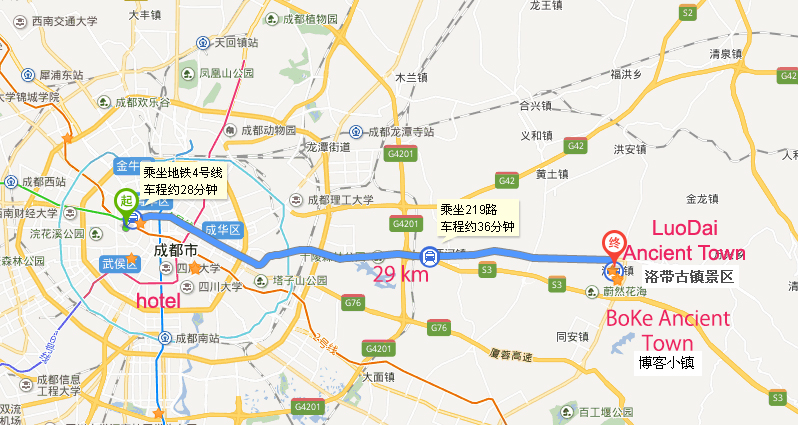 By the end of the day
The day started gloomy and at about 10 am as we were still midway to LuoDai Ancient Town a drizzle started. The tiny drizzle lasted throughout the whole day. Lucky for us it was not a dripping wet day, we still could explore both ancient towns freely in our water-resistant windbreakers. Both the ancient towns were lovely with many traditional and cultural buildings.

The hotel buffet breakfast was served in the courtyard just below our room. The food were typical SiChuan breakfast. There were some varieties of food but nothing fantastic just something to fill the stomachs at the start of the day. 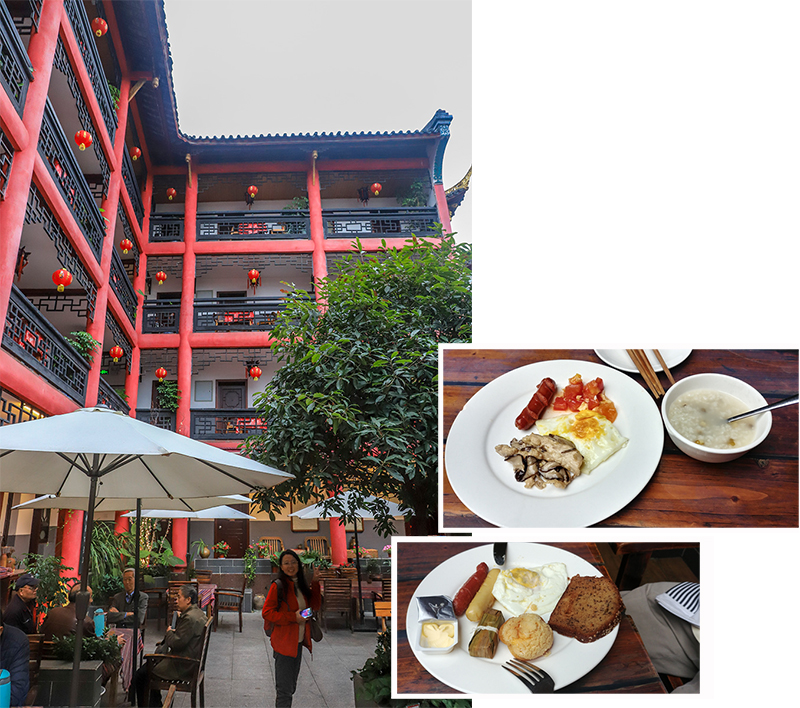 Getting to LuoDai Ancient Town

Based on BaiDu map, there were several possible routes to LuoDai Ancient Town, we could take subway Line 2 which was nearest to our hotel, or walk further down to KuanZhai Alley Station to take subway Line 4 which was a shorter and slightly faster route.

We decided to walk to KuanZhai Alley station about 800 m away. Our subway train tickets was RMB¥ 5 per person. We rode on the train till the last station, Xihe (西河) which was about 12 stops away. 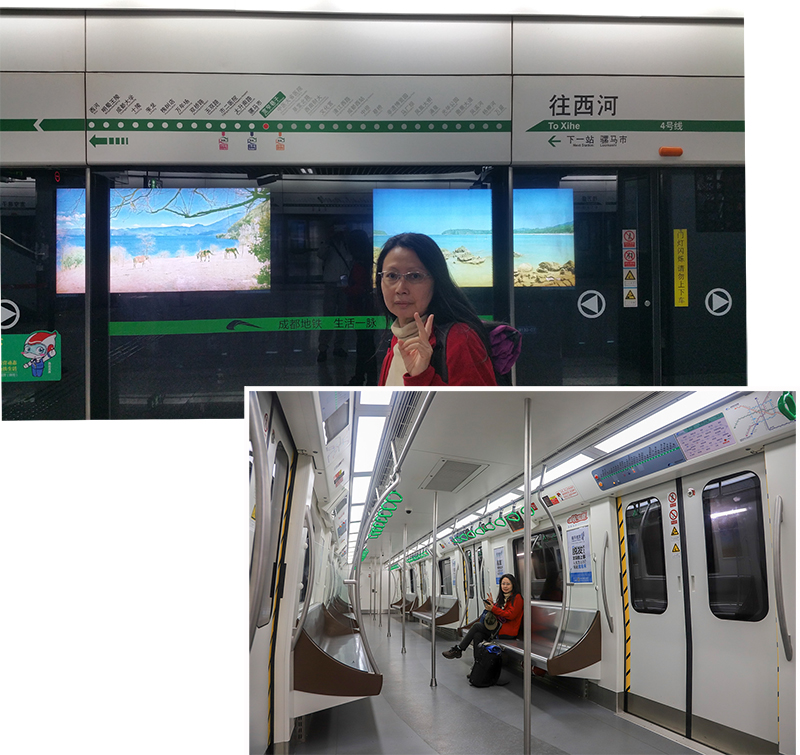 At XiHe Station we exited and at the road level immediately outside the station was a bus stop for bus 219. Soon the bus arrived and we boarded it. We would be alighting at the final stop which was LuoDai Bus Terminal. The fare to LuoDai Bus Terminal was RMB¥2 per person. Going to LuoDai Ancient town was pretty easy as on both legs (subway train Line 4 and bus 219) we alighted at their final stops. 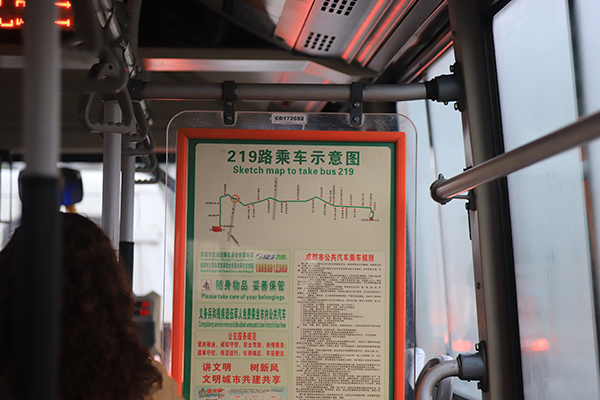 The subway trains and local buses in ChengDu were pretty modern and easy to use. Both had detailed maps and station announcement well in advance so we were very comfortable during the journey as we knew exactly our position at all time. Our bus arrived at LuoDai Bus Terminal and it was still drizzling. 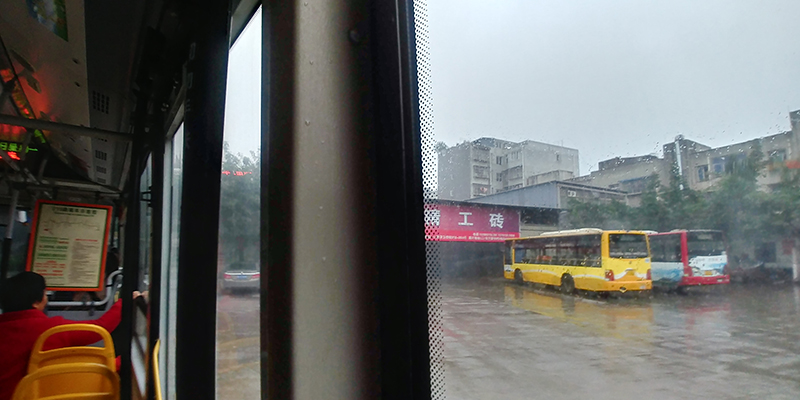 From the bus terminal it was a short walk of about 300 metres along the main road before we saw a sign board indicating that we had reached the Ancient Town of LuoDai! This ancient town was one of the five major Hakka settlements in China. It had since grown into the largest community in western China for Hakka people. 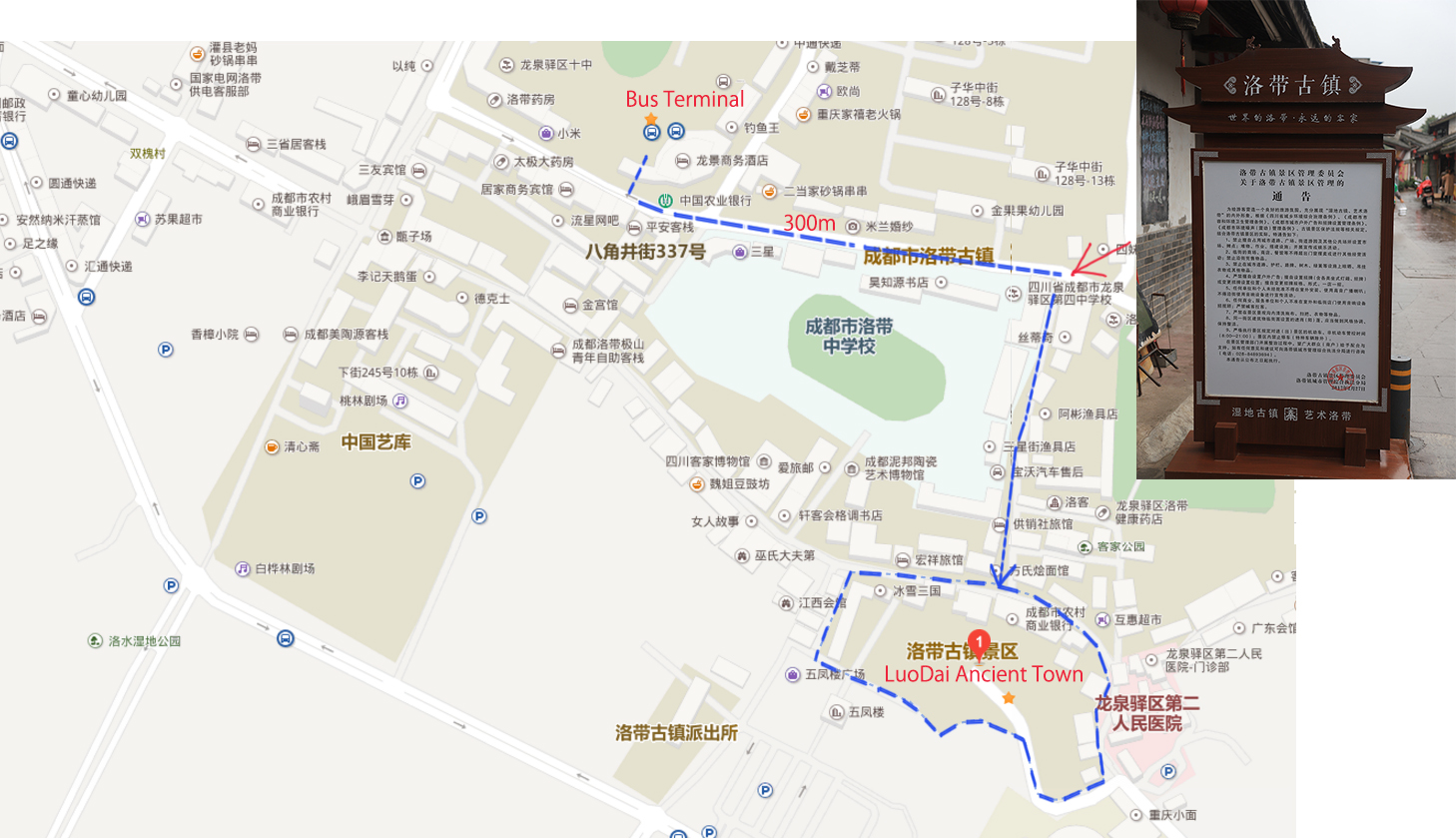 The signboard led us innto an alley with two storied traditional houses on both sides. It was still early so most of these stores were not opened for business yet. The nearer we walked towards the town center the more activities we saw. 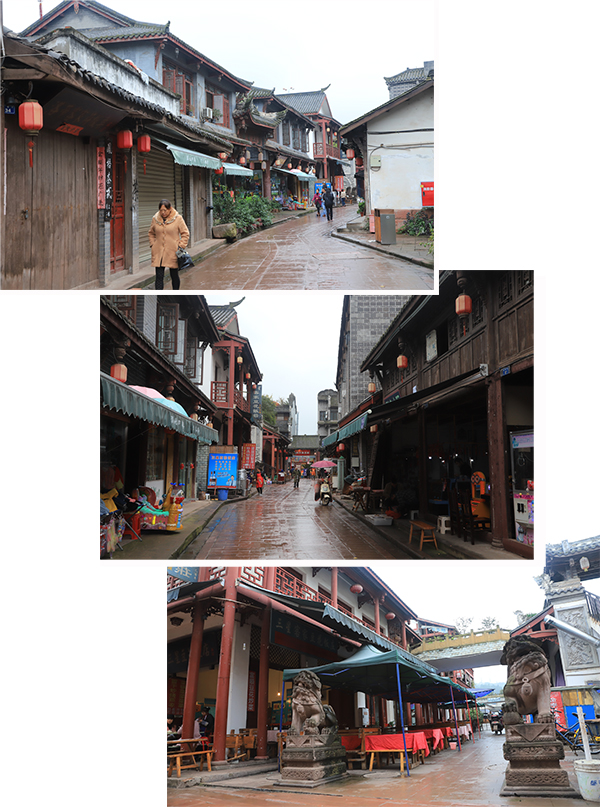 Alley leading to the center of LuoDai Ancient Town

Apparently it was said that LuoDai Ancient Town got its name from the occurrence of an event during the Three Kingdoms period (220 – 280 AD). A prince, Liu Edou of the Shu Kingdom dropped his jade belt in an old well in this town while trying to catch a carp. This town was later renamed LuoDai as “Luo” meant drop and “Dai” meant belt. 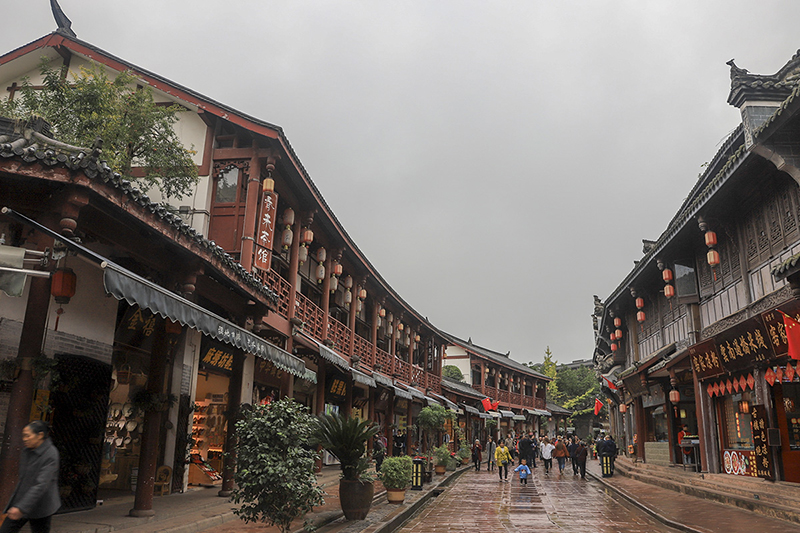 The main street of LuoDuo Ancient Town was very lovely. Shops and restaurants were everywhere. The buildings here were “grander” and larger than those in the alleys. 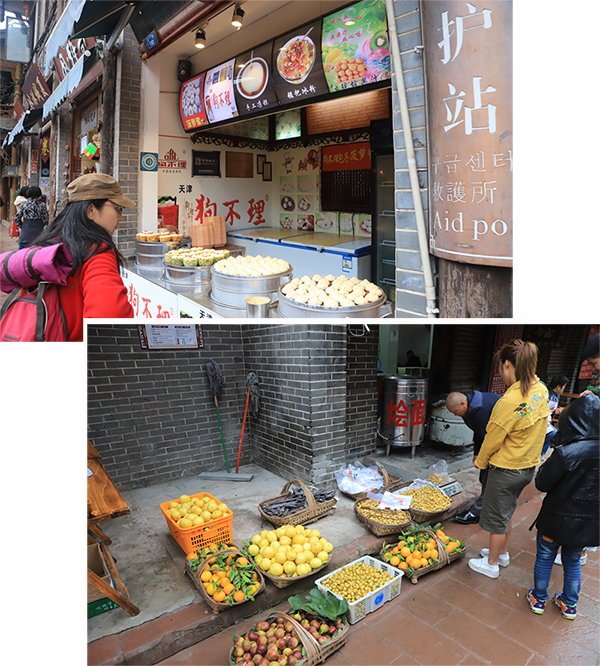 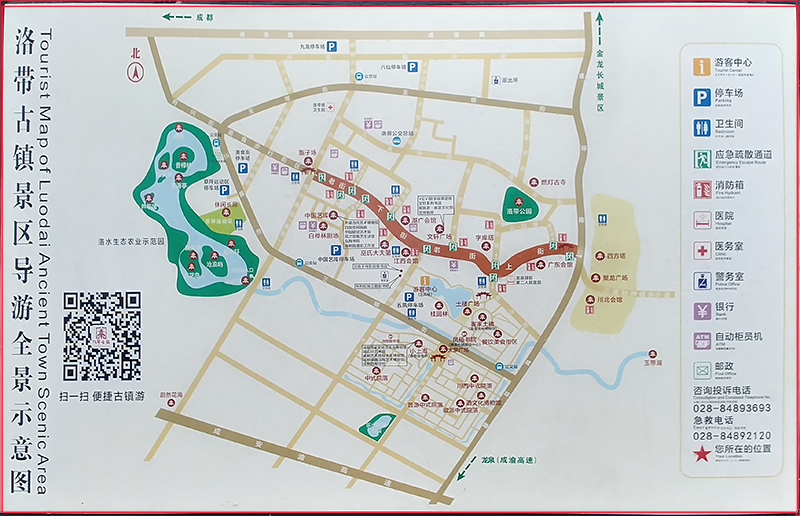 We walked from one end of the main street to the other. The arch entrance at the “lower street” was a three doorways arch with the name of the town on the center doorway. Across the street of the arch entrance was a ancient looking five-layer roof pagoda.

At the “upper street” the arch entrance was a white and grander looking structure, unfortunately it was under maintenance with scaffolds all over it, so we could not have a good view at it. 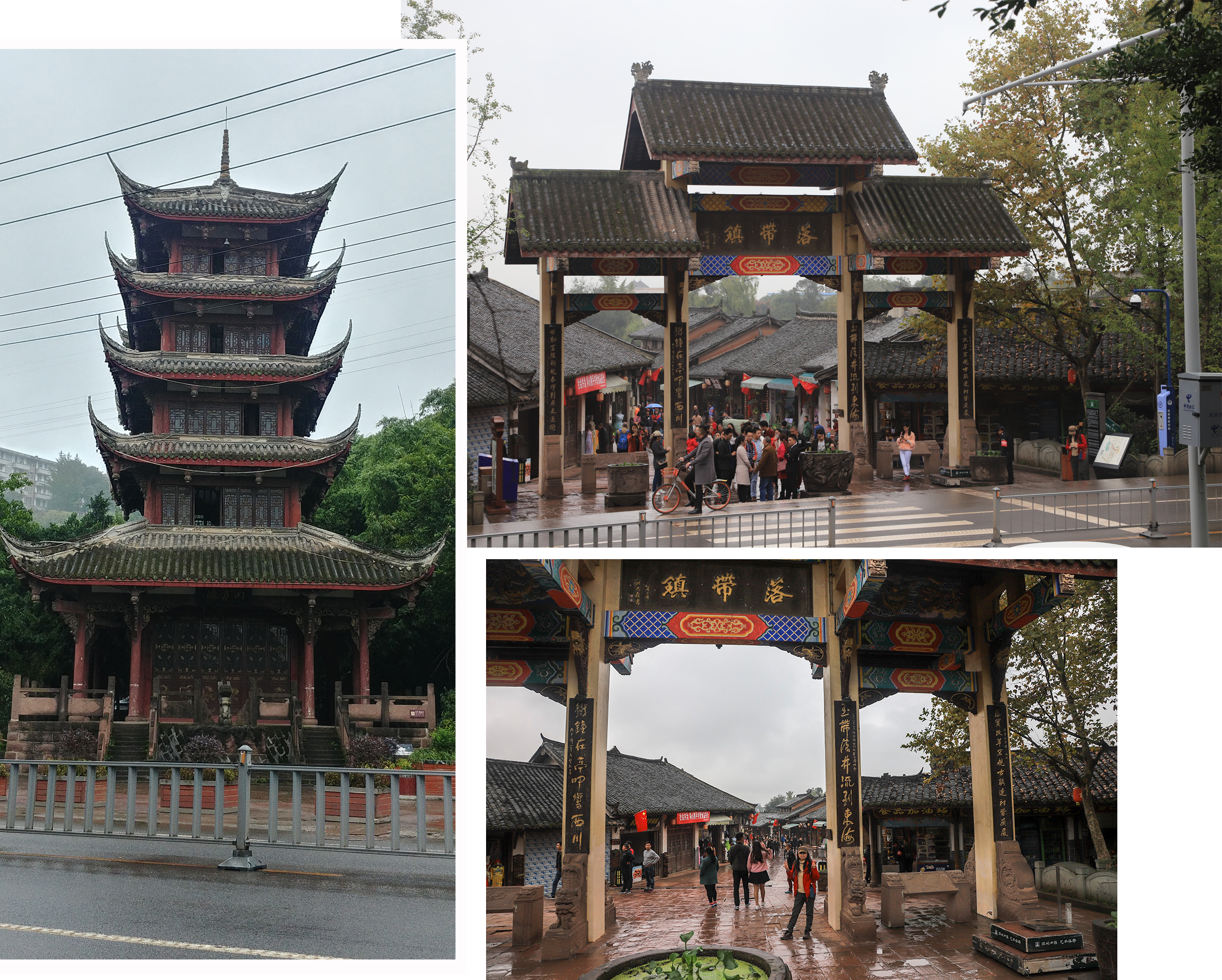 Arch Entrance at the lower street of LuoDai Ancient Town 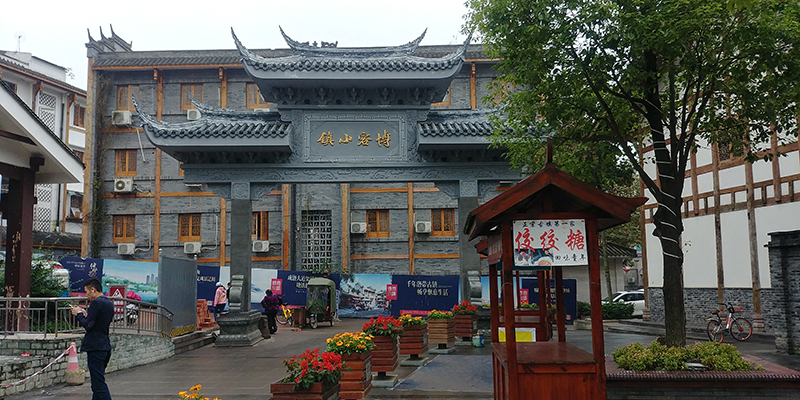 There was large lake (YuDai Lake) at the edges of the ancient towns. On one side of the lake was the Five Phoenix Tower and on the other side a Hakka Tulou. The Five Phoenix tower was a very typical Chinese architectural building with its many arch roofs. 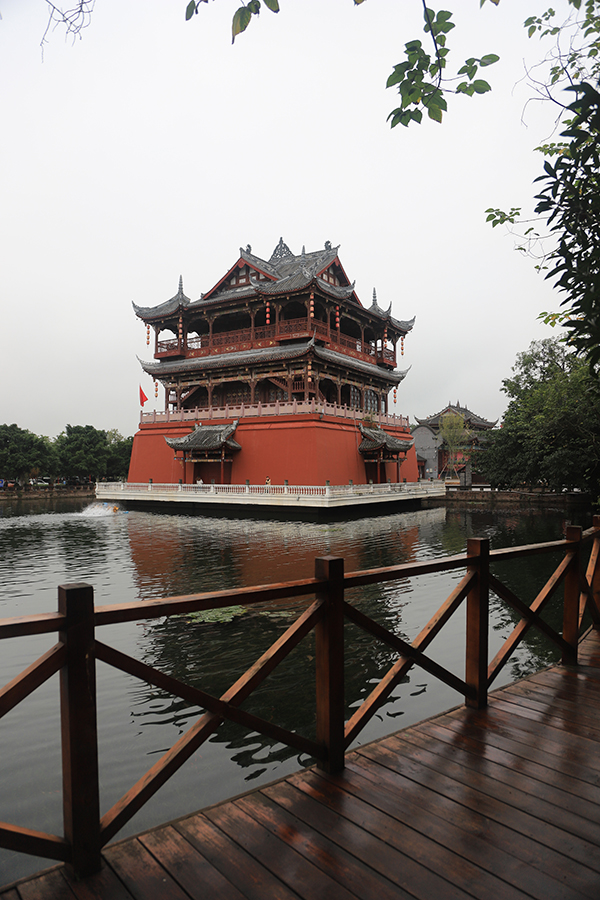 We found the Hakka TuLou (土楼) more fascinating. This was a museum, an exhibit, of a fortified earth building found in Fujian that could house as many as 800 persons. It was sort of a communal living. 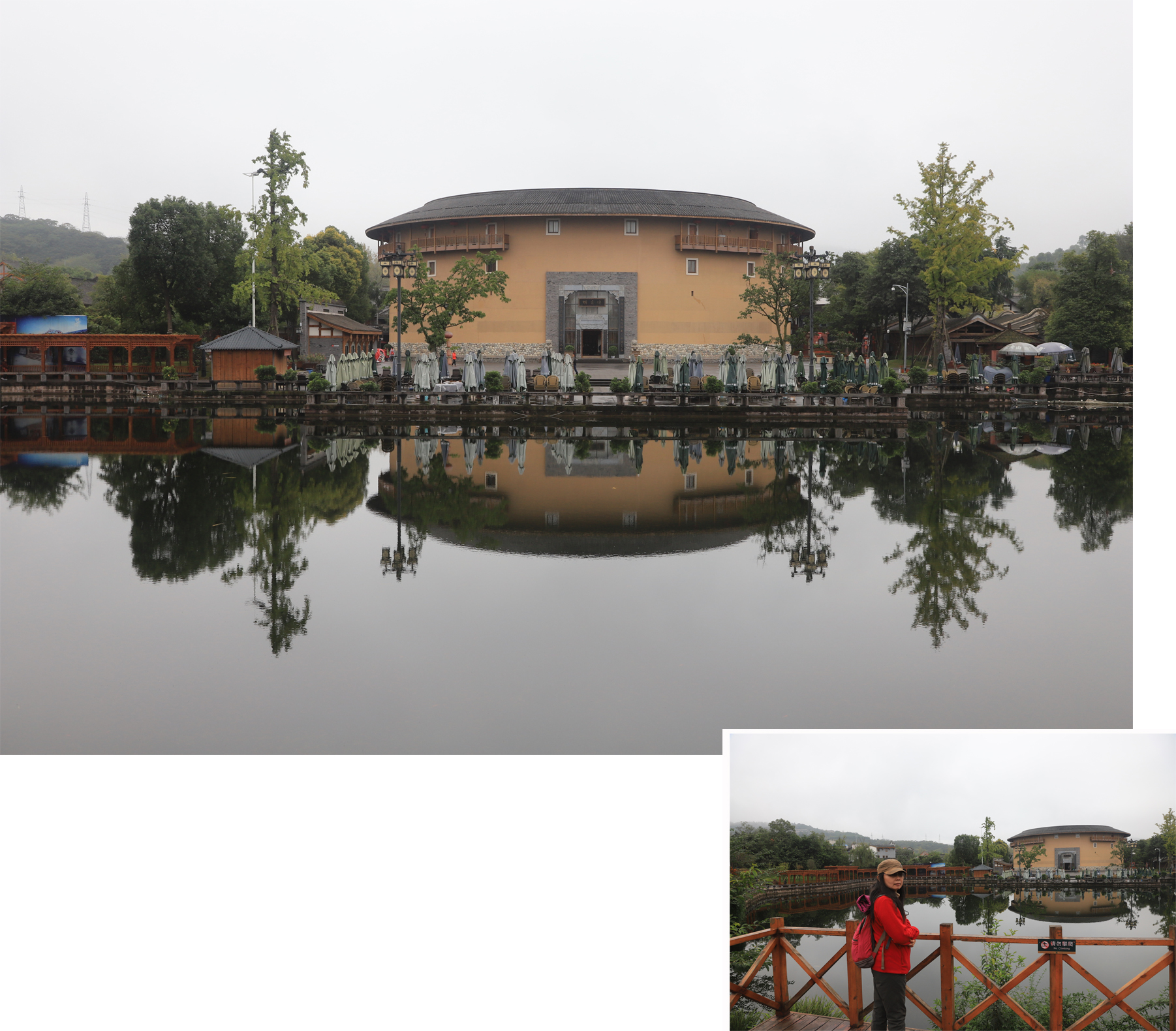 Hakka Tulou as seen from the outside 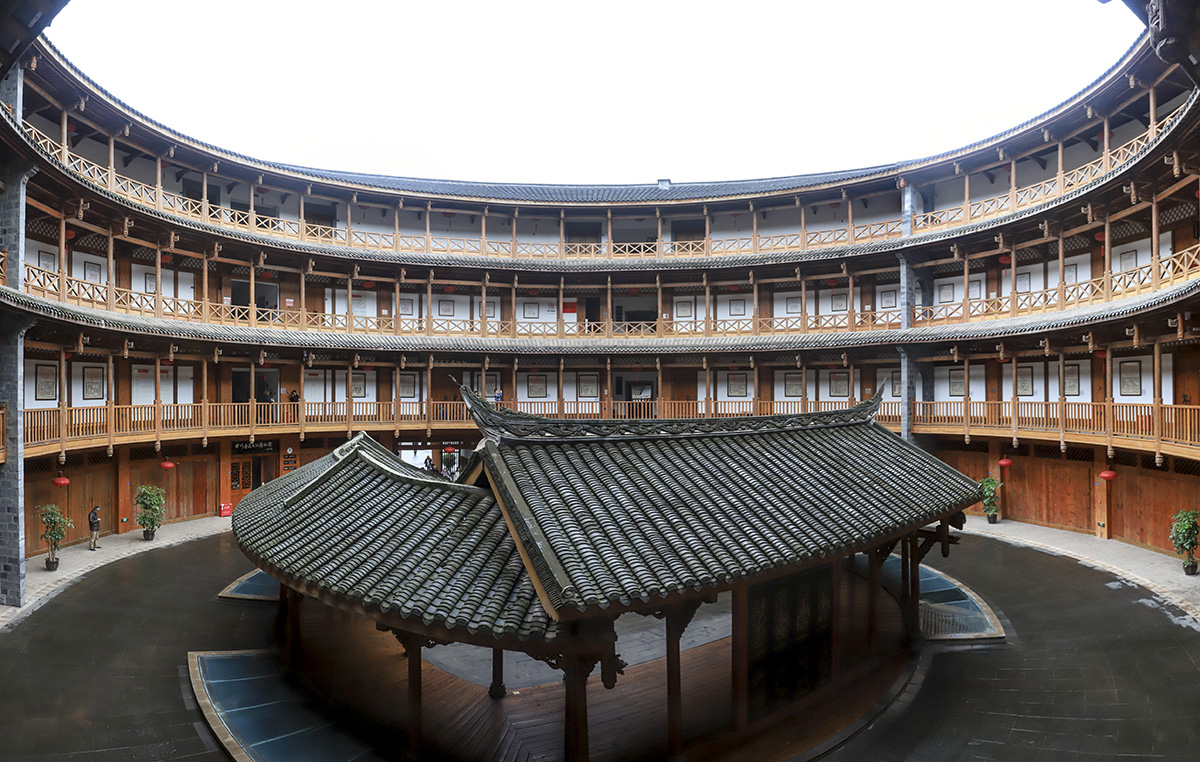 Hakka Tulou as seen from the inside

By the time we left LuoDai/BoKe it was close to 4 pm and the drizzle still had not stopped. We backtracked to LuoDai Bus Terminal, boarded bus 219 and alighted after 13 stops at Train station XiHe (西河-地铁站). From there we took the subway train Line 4 to KuanZhai Alley Station (宽窄巷子站) and walked back to QinTai Ancient Street

Dinner at restaurant in QinTai Street

We walked into a restaurant about a few doors from our hotel and went in for dinner. It was a large restaurant and dinner costed RMB ¥78, it consisted of  for two small skewers of lamb meat and a large plate of seafood noodle. 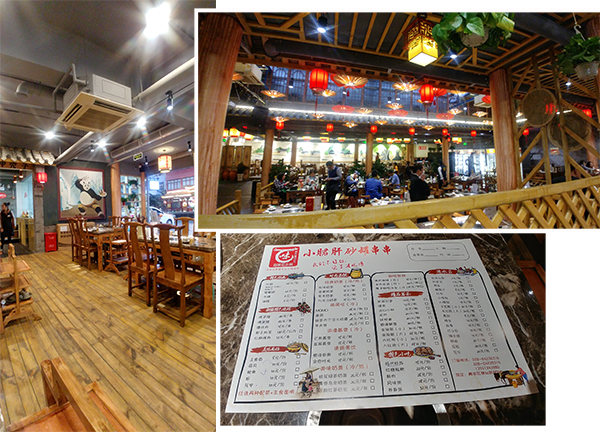 Dinner at a restaurant near our Hotel