There was no sightseeing plan for this day, as it was our last morning in ChengDu. We would be flying out of ChengDu ShuangLiu Airport at 2.05 pm and touching down in Singapore at 6.40 pm. Home Sweet Home. 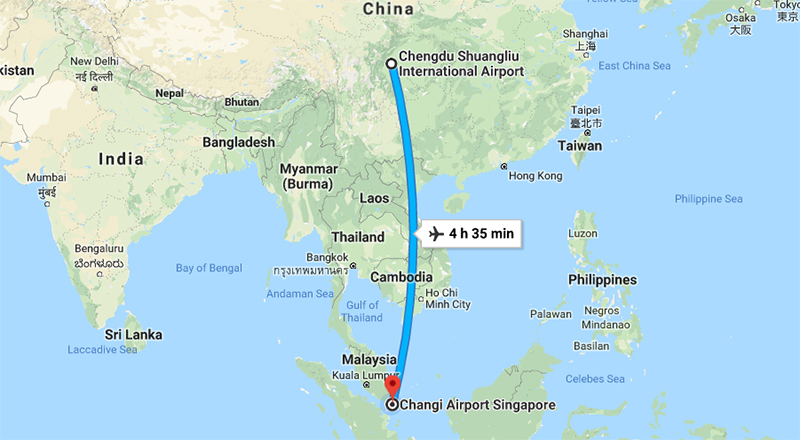 Flying out of ChengDu

By the end of the day
We touched down in Singapore about an hour later than the stated time as our flight out of ChengDu was an hour late in flying out. Entertainment on board SiChuan Airplane was “horrible” as the overhead tiny scene was either too near or too far. There was no ear phone audio system to go with the movie screening on the tiny screen so we had to watch it like a “silent movie” and the worst was the same show repeated twice during flight!

Getting to the Airport

From our hotel to the airport by subway train was pretty easy . We just referred to BaiDu Map. The cost of the train ticket was RMB¥ 6 per person and the estimated duration of the whole train journey was 55 minutes. It was a pretty straightforward journey and since we had plentiful of time we did not mind the 55 minutes duration as the subway was rather new, modern and comfortable. RMB¥ 6 per person, this was the cheapest train ticket to an airport that we had even taken! 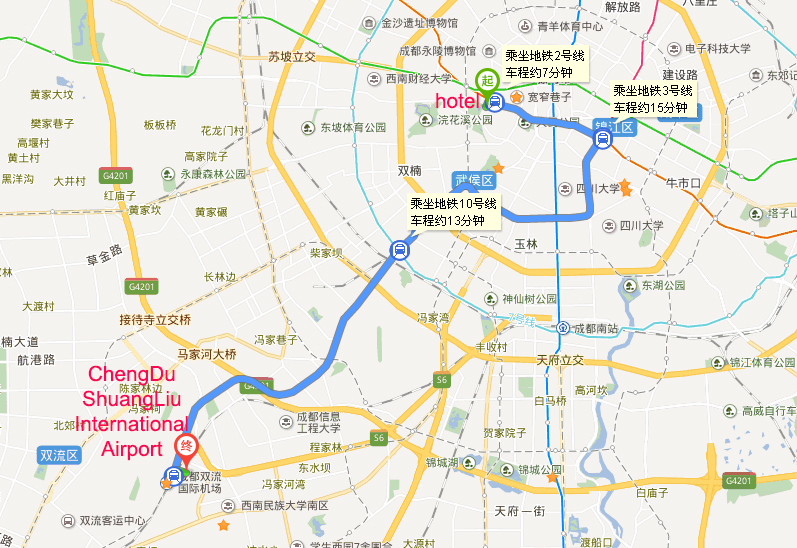 We dragged our luggage and walked 300 m to TongHuiMeng Station. The only problem was at Exit E of the Train Station there was only one escalator which carried passengers up from the station. Passenger going down would have to walk down the steps. Oops..we had luggage! 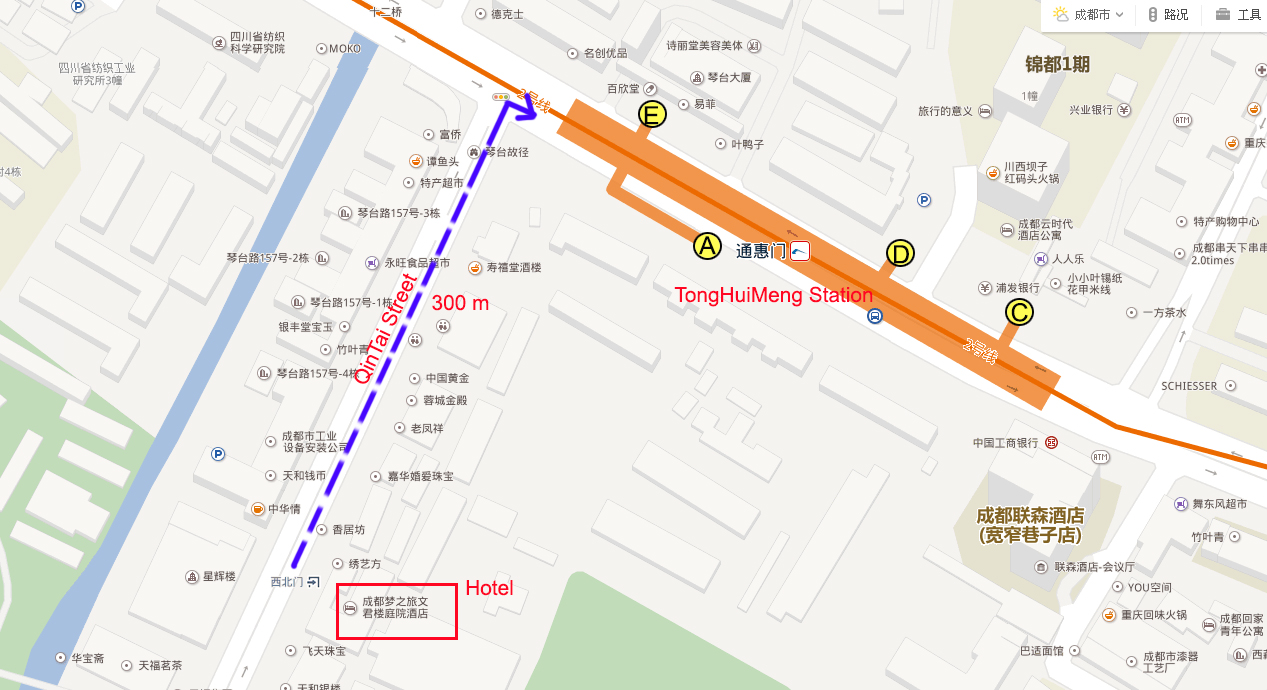 300 metre walk from our hotel to TongHuiMeng Station

We rolled our luggage to Exit D and C and their situations were the same as Exit E. There must be some ways to get down to the subway without walking the steps, how would the locals with walking difficulties manage? Then we spotted a lift/elevator near Exit A.

We were on Line 2 for three stops, at ChunXi Rd Station (春熙路站) interchange we changed to Line 3, on Line 3 we went on for seven stops and at TaiPingYuan Station (太平园站) interchange we boarded Line 10 all the way for another 4 stops to the airport which was the final stop.

Though the journey involved three different train lines it was not complicated as the switching of lines was done within the stations, just had to look out for the directional sign to the different lines and get onto the platform going in the correct direction.

We reached the airport about three hours before our flight time. The airport was crowded and there were long queues everywhere. It was a long wait before we got our boarding passes and handed over our luggage. Crossing the immigration was another nightmare, the queue was super long. When we were finally done there had only 10 minutes before the gate opened for boarding. Just when we were buying cafe latte at a Starbuck outlet in the departure hall an announcement came in, broadcasting was 45 minutes delayed for our flight. Good now we had time to go to an airport lounge.

We were not expecting much of “First Class Lounge” at ShuangLiu International Airport as our earlier experience, 20 days ago at “First Class Lounge” in this same airport but at the domestic side told us that the lounge standard was pretty lousy. So it was a surprise when we walked into the lounge, it was so much better than the one at the domestic side. 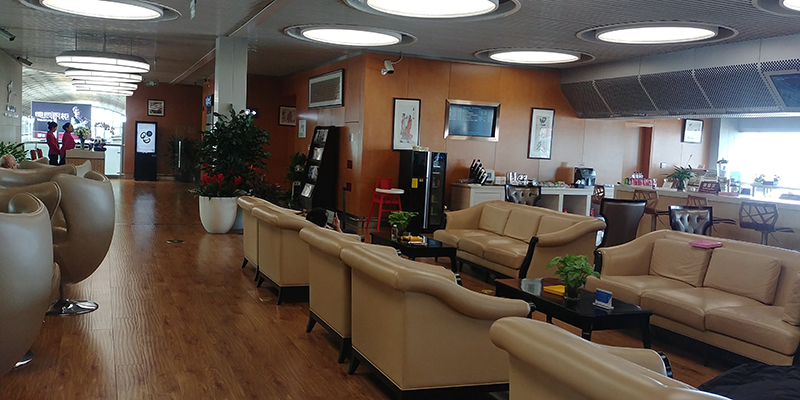 It was spacious and comfortable. It had a good range of food and beverages. We just could not understand why the two different standards considering that the charges for using the lounges were the same. 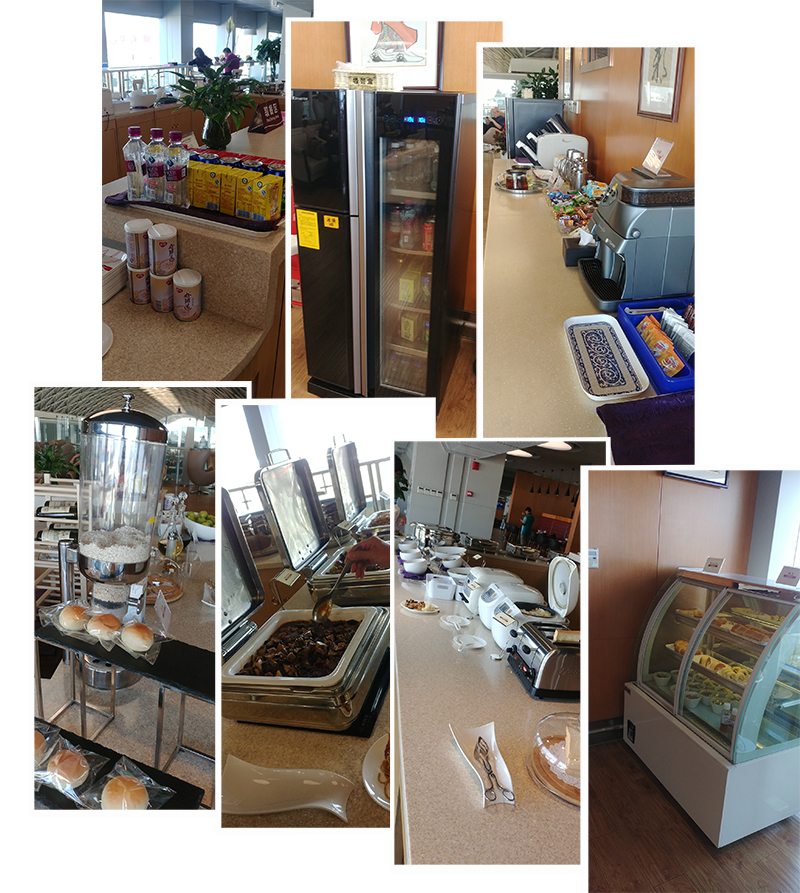 Finally we boarded our plane and it flew off from ChengDu at 3 pm, after 55 minutes delay. We reached Singapore at about 7.20 pm. It was a terrible 4.5 hour of doing nothing as SiChuan Airline did not allowed turning on of mobile devices on the plane. Its entertainment system comprised of tiny overhead screens running movies on a soundless mode! We were only too glad to be out of the plane.