The plan was to visit Fuji Shibazakura Park near Lake Motosu, another of the five famous lakes of Mount Fuji. In the afternoon  we would visit Lake Motosu, Oshino Hakkai and Lake Yamanaka.

original route planned for the day

End of the day
Our visit to Fuji Shibazakura Park was cancelled on arrival at the entrance. A staff stationed outside the entrance held up picture posters of the actual flower situation in the park. So customers who still proceeded to buy its ¥500 entry tickets fully understood the “flowerless” condition of the park.

The photo showed that only 5% of the shibazakura flowers had bloomed so there was no point proceeding with the visit. Since we had the whole morning free we made a last minute decision to drive to Ashikaga Flower Park to view wisteria. It was a long two hours drive there. Again at Ashikaga Park only the pink and purple wisteria had bloomed but the white and yellow had not.  After Ashikaga Flower Park it was another 2 hour drive back to our guesthouse. By then it was too late to visit the nearby to Oshino Hakkai again.

The entrance fee to the park was ¥1500 per person, WOW!  So pricey.  It would have been more worth if we could stay till the evening to see the lighted garden. Unfortunately the distance to our accommodation was too far so we planned to leave by about 4 pm.

We still managed to spent three hours exploring the park. Beside wisteria there were many other flowers. But wisteria remained our favourite. 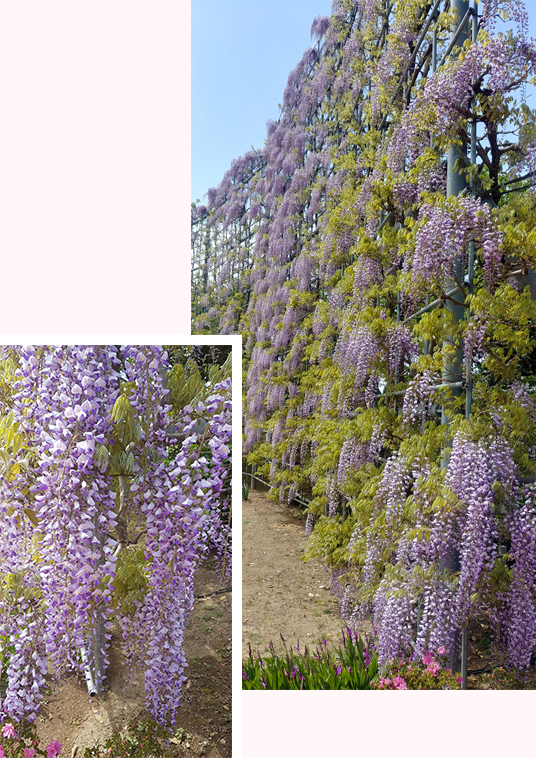 This was our second time Yat Thong and I visited Ashikaga Flower Park. In our previous visit we came slightly later during the season and were very lucky to see all the pink, purple, yellow and white wisteria were in bloomed. The yellow and white wisteria were at their best as for the pink and purple wisteria they had sort of shriveled but were still on their stalks At night when the entire garden was illuminated shriveled or not they all looked magnificent.

This round we were early in the season and the white and yellow wisteria flowers were still in their budding stage and many of  pink and purple wisteria sprays had yet to reach their full length.

But for mum and Lin Ying who saw wisteria for the first time, this massive display of flowers was still very outstanding and gorgeous. It was amazing how one wisteria tree could hold so many flowers.

Wisteria in the wild would never had a chance to flourish so massively, it was only under the care of gardeners in this park that a wisteria tree and its long branches could be so carefully propped up, making the flowers display so magnificent. 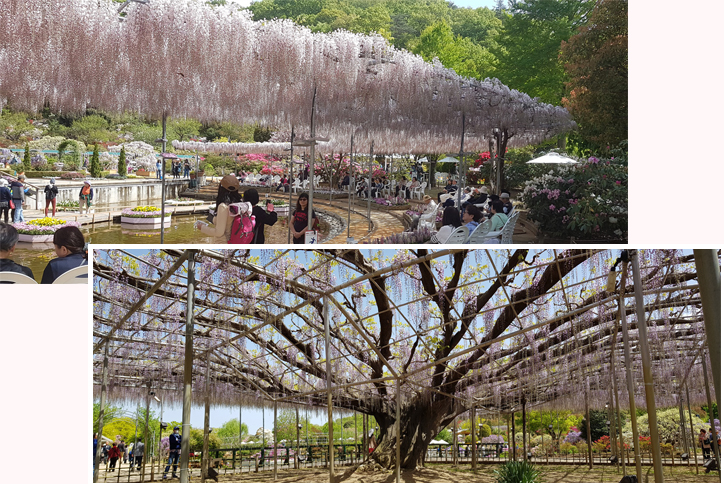 Pink wisteria propped up by trellis 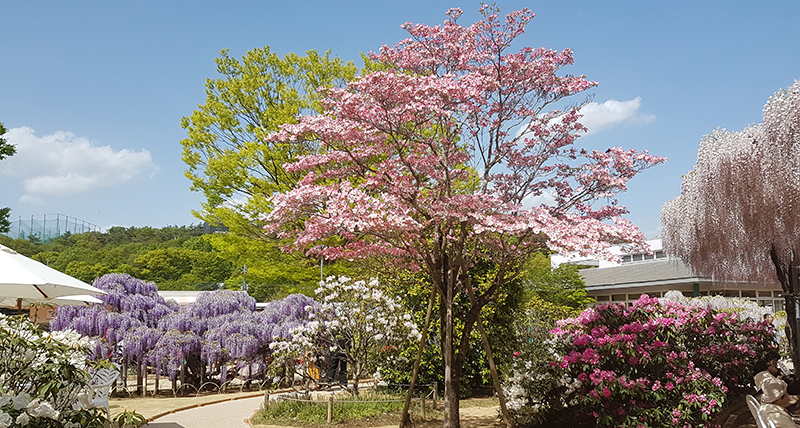 Flowers in the Ashikaga Flower Park 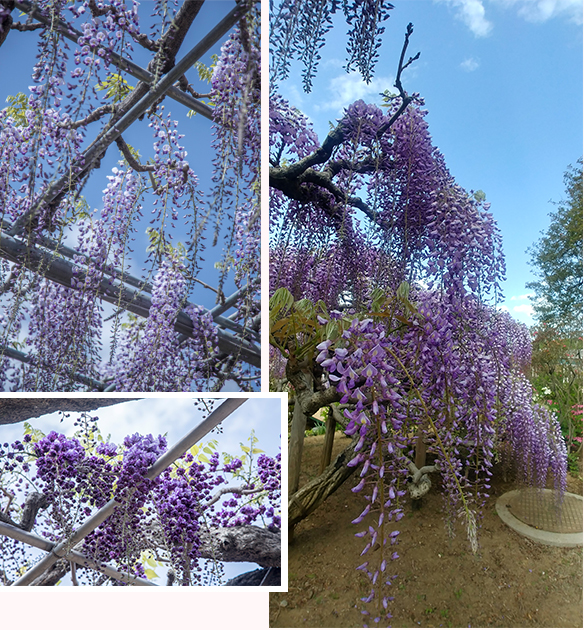 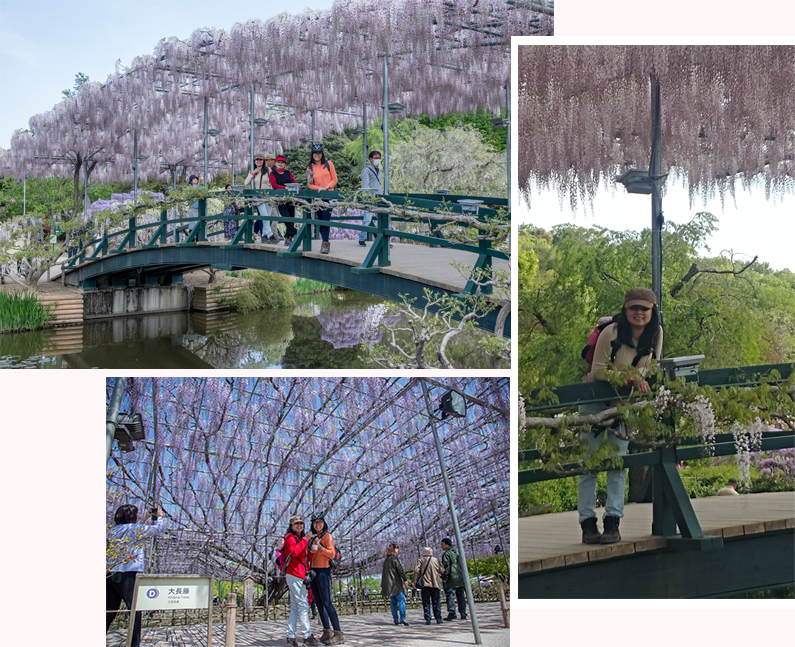 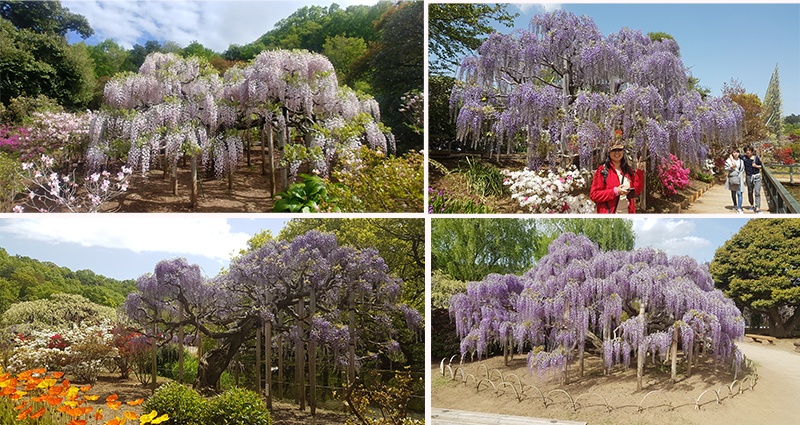 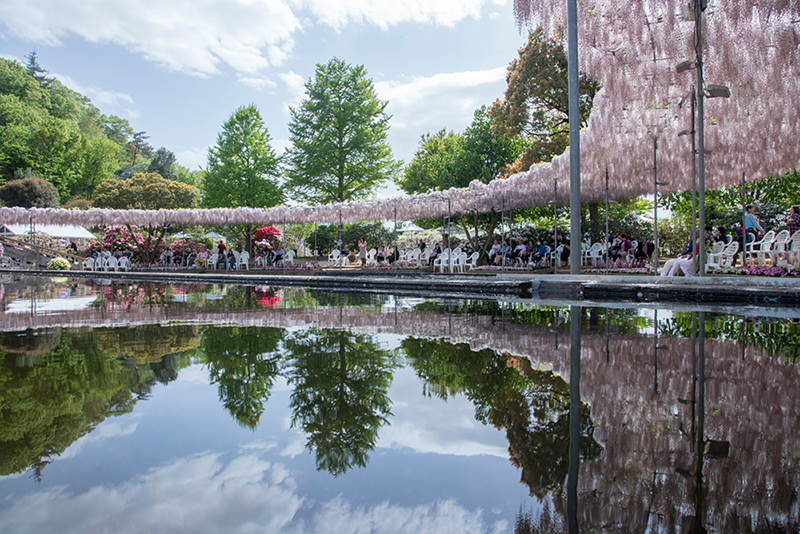 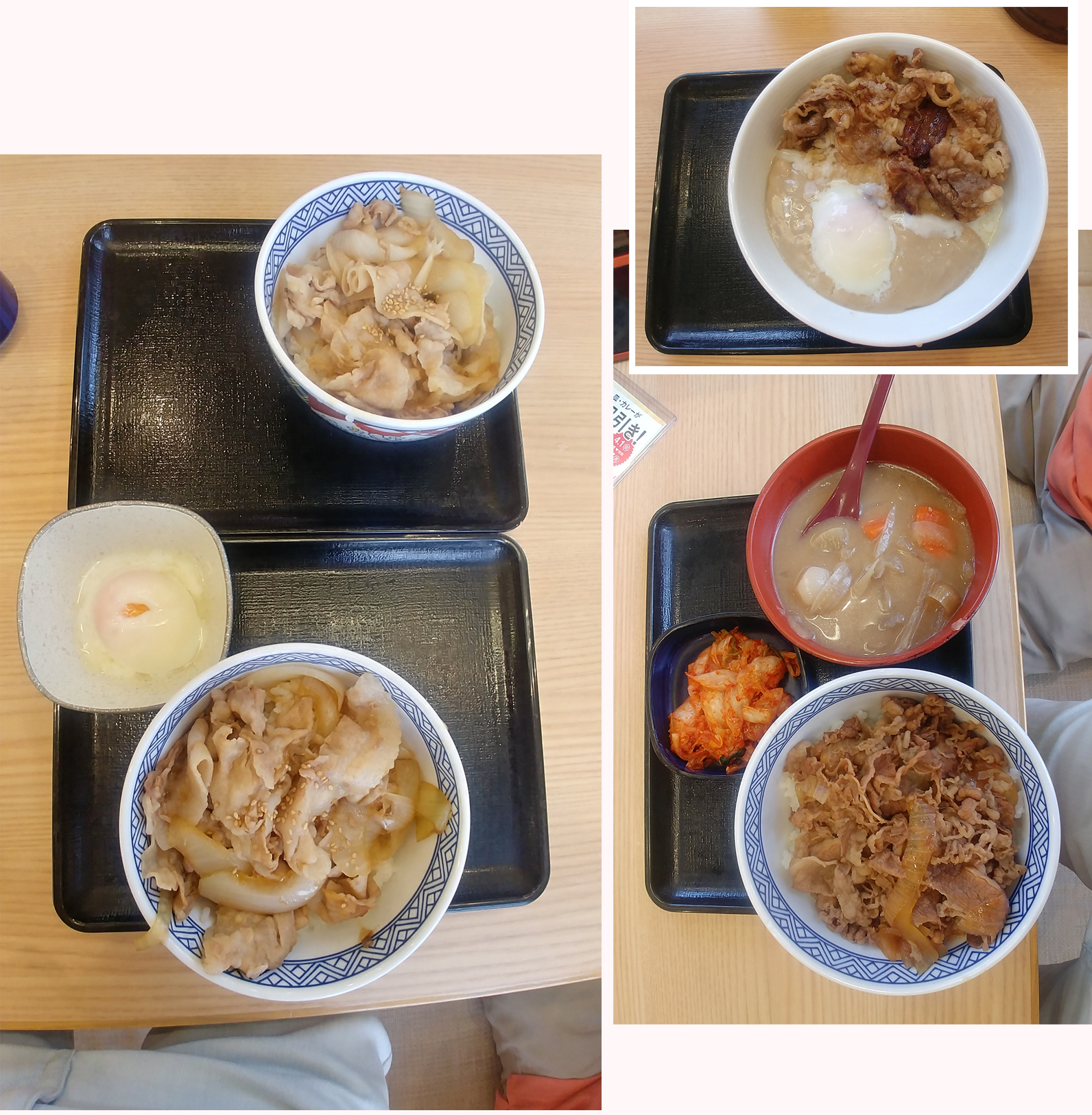 Meals at Yoshinoya at Ashikaga

Dinner (with pre-pack cooked food) at our guest house