This day was our last full day in Japan as we would be flying out tomorrow morning. The plan for today would be an easy day of just getting back to Narita where we had booked a quad room for four at Narita Toyoko Inn. We had two destinations, the first one was Pablo outlet in Tokyo central and the second was Sakura City Tulip Garden.

End of the day
We bought and ate our Rare Cheese cake from a Pablo outlet. The cheese cake was nice, something that was not available in the Pablo Outlets in Singapore. Sakura City Tulip Garden was a bit of a disappointment. It was not as beautiful as we hoped for. 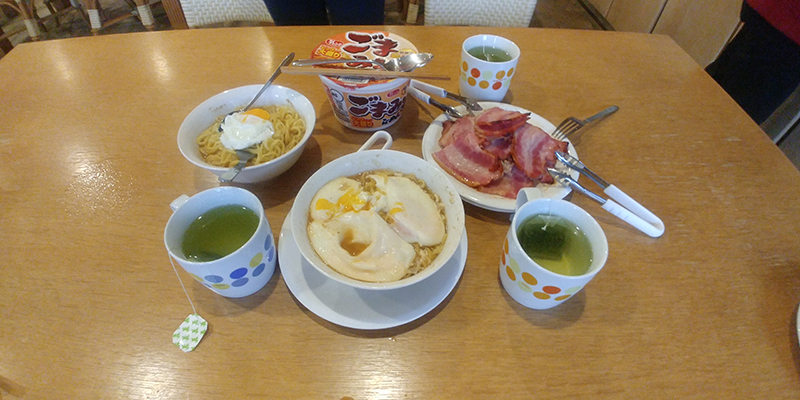 Thoughout the trip we were often looking out for good cheese cakes. Since this was the final day in Japan we were going all the way out to search for a final good cheese cake. We decided to zoom into Pablo original Rare Cheese cake.  Using google map, the Pablo outlet at Shinjuku was the one which was most along the way to Sakura City Tulip park. So when we were near to Toyko we turned out of the highway and drove into Shinjuku.

It took a short while to find the Pablo outlet in basement 2. The store was still close, just five more minutes to wait as it opened at 11 am. We bought the original Rare Cheese cake for ¥800.  It was a pity that this Pablo outlet had no onsite eating space. We could only buy and leave. 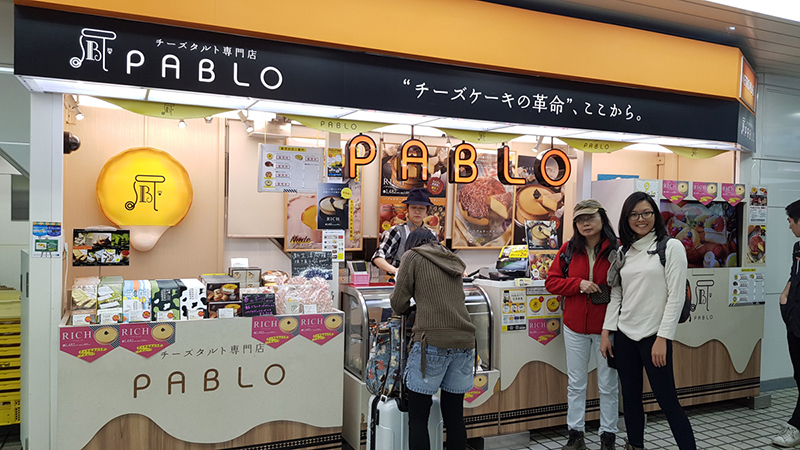 From Shinjuku to Sakura City Tulip Park took about an hour. Opposite the Tulip Park was a huge carpark and the parking fee was ¥1000 per entry. The tulip park did not charge an entrance fee  everybody just walk in.

We took out our Rare Cheesecake and sat at a table in a shop next to the carpark and had a FEAST! 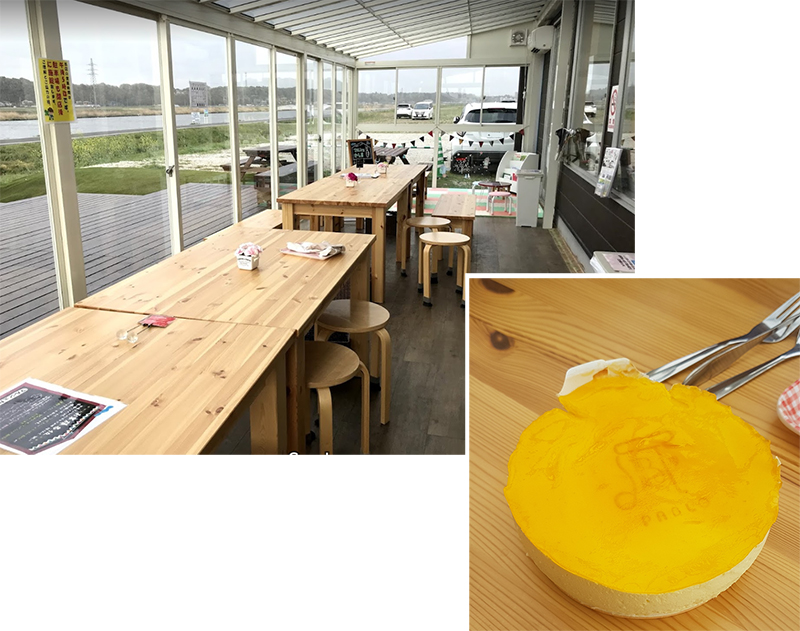 After the feast we walked into the tulip park, though there were many rows of tulips somehow then scene was not as magnificent as some of the photos of this place we had seen. The volume of flowers was just not dense enough, there were a lot of brown patches of earth everywhere. 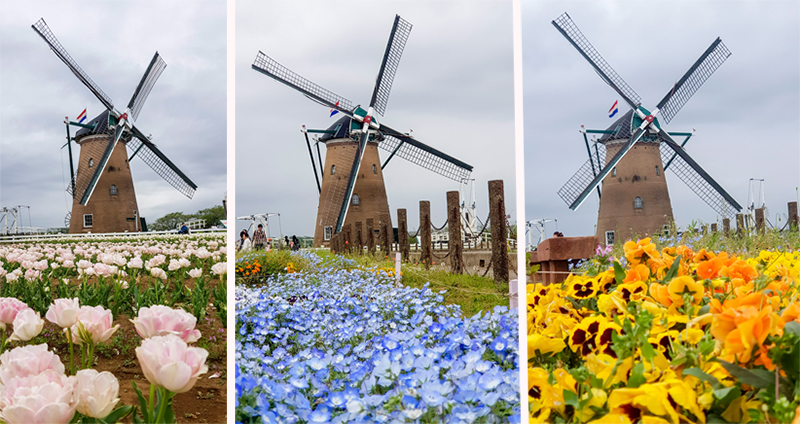 Tulips and other flowers 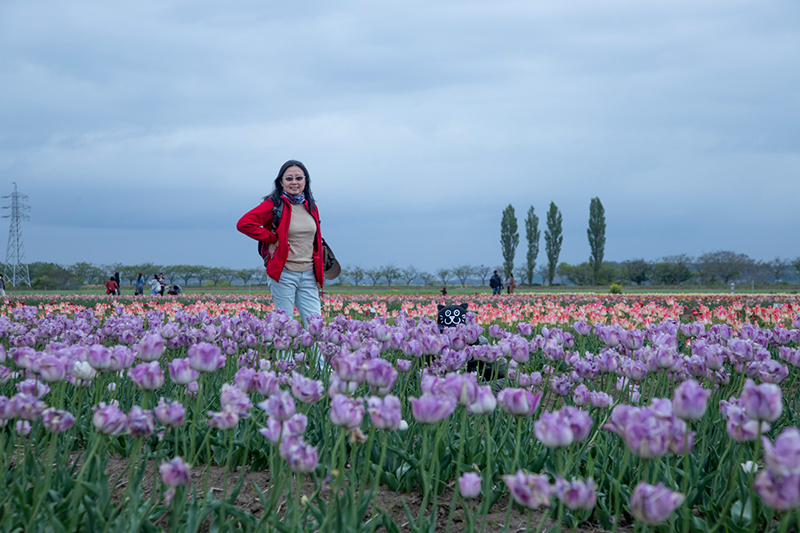 Our accommodation for the night was Toyoko Inn at Narita Airport. We booked this hotel for several reasons, 1) I was a member of the Toyoko Inn Club and I got 10% off the listed price. 2) we could return our rental car to the Nissan Car Rental Outlet just beside the hotel and 3) on day of departure the hotel provided free transfer to Narita Airport just opposite the road.

I booked Toyoko Inn quad room from its main website and the room charges were ¥12825. The room came with ensuite bathroom and free breakfast in the morning 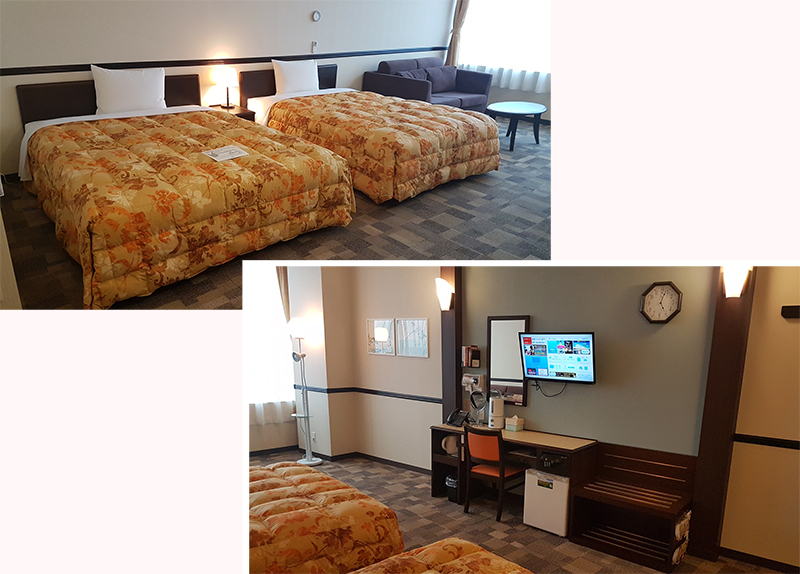 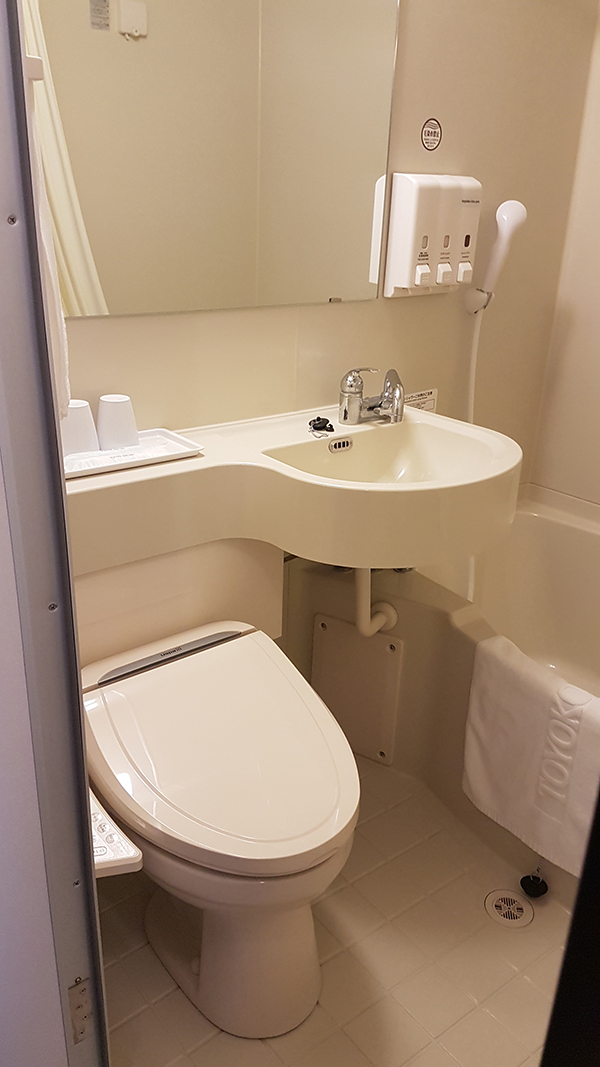 Ensuite Bathroom in our Quad Room at Toyoko Inn Narita