We planned to have a lazy day today. It would be shopping, eating, returning the car, flying out of Athens, transit at Abu Dhabi and Kuala Lumpur and touching down in Singapore. 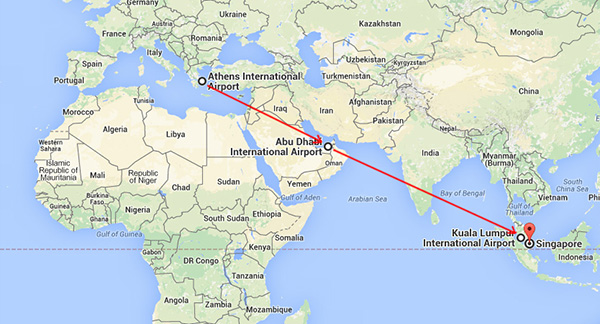 I had picked Hotel Giorgio over other hotels nearer to the Airport because the room rates were much cheaper, the hotel was new and safe and the route between Hotel Giorgio and the airport was very straight forward and reachable in 20 minutes.

Raining in October in Greece

From my research on Greece weather, there would be rains in October. So we were very lucky when it only rained on our 21st day which was also the very last day of our trip. The rain started heavily at 11 am for half and hour and after that it went on drizzling for another couple of hours.

While walking down the ramp at entrance of the hotel, I slipped and fell on my bump. The ramp was wet and my luggage just wheeled off down the ramp with me still holding its handle. I did not manage to let go of the handle fast enough so kind of got dragged and fell on my bump. The hotel receptionist saw me fell and was so shocked that she came running up to me. Luckily for me the damage was very little.

One lesson learnt “Wet ramp and wheels without brake are not compatible!!!”

We found two outlets that were near Athens International Airport. Since we had to fly out at 7.00 pm we would need to check in by 5.00 pm and return the car 30 minutes before that. Basically we had about 4 hours for shopping and lunch.

Our first outlet was McArthurGlen Designer Outlet, it was about two-third way between Hotel Giorgio and Athens International Airport.

We reached the outlet at about noon and it was still raining. It was a huge outlet park with many outlet malls and over 100 designer brands. Unfortunately the prices of the products were about the same as those in Singapore so it did not make any sense for us to purchase them in Greece and bring them back in Singapore. 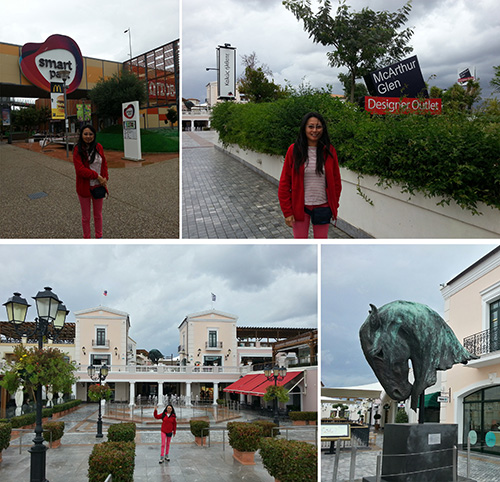 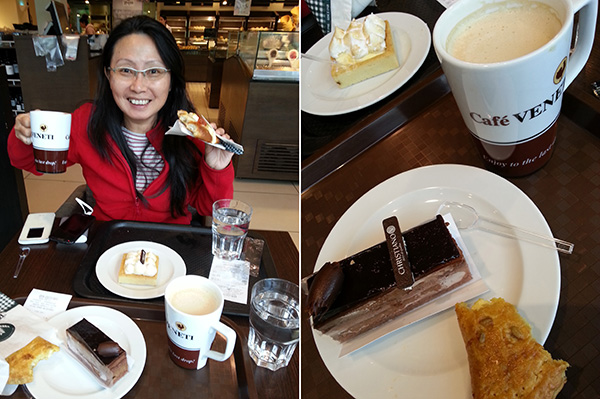 It was disappointing that this factory outlet was not similar to the outlets in US where the prices of the products were only at a fraction that of the same products in Singapore. My “shopping craving” felt so unfulfilled that I decided to visit another outlet, this second one was just next to the airport.

The second outlet, Fila Factory Outlet was not much better than the first outlet. There were many branded products but price wise not attractive enough for me to want to spend, buy and bring them home.